For a long time I have been thinking about how health and fitness clubs can become a genuinely important and valued part of communities. Valued in the same way that the community view the local school, library or football team. In other words, a club that is seen as contributing to the prosperity of the community and helps to make it a better place to live and work. 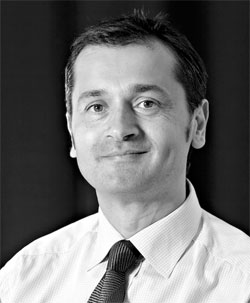 The idea for Gymtopia came to me when I was speaking with Richard Bilton, President of Companhia Athletica, a successful chain of clubs in Brasil. Richard was telling me about a shoe collection project their clubs had started. The simple idea was to ask members to bring in their old gym shoes when they were trading up to a new pair. The shoes are laundered, bagged and passed to Symap, a Brasilian charity that encourages poor children into sport. Seemingly little things like shoes really matter, because without shoes kids cannot take part in sport. Companhia Athletica collected 700 pairs of shoes from members to kick-start the project and is now collecting just under 4,000 pairs each year.  I was fascinated by Richard’s project for several reasons:

So the idea I had that day was to ‘capture’ all these stories and put them in a single place on the web where they are discovered and widely shared. Gymtopia is the result.

Why does this matter?

I believe Gymtopia can help the global health and fitness industry to connect, engage and strengthen communities. This will take time, but this is a ‘patient project’ with a long view. Connected, more engaged and stronger communities matter because they can achieve amazing things and it helps to bring clubs and communities closer. Companies spent considerable sums of money trying to buy their way into a community, but it is a pointless exercise because authentic closeness has to be earned, rather than bought. Gymtopia will provide the social proof that clubs really do care about their communities.

Moving from an idea to action

Ideas need resourcing, they require ‘feeding’. To build Gymtopia, I asked the health and fitness industry for its help. To date, five companies, from four different countries, have come forward to support Gymtopia.

You are reading this only because of the generosity of these companies who made just one condition; build Gymtopia as quickly as possible and start spreading these great stories.

What links these seven people is that they all have a long connection with the health club industry and really care about its future. Thank you also to Dag Lee and Sam Tilston of Nile, a great user experience and service design company who donated their expertise to ensure Gymtopia is nice website to interact with.

The global health and fitness industry is a large community of more than 174 million members and at least 201,000 clubs (The IHRSA Global Report 2018). This means it has the capacity to create a dramatic social impact, not just for the people visiting its clubs, but also for local, national and international communities. As you read the stories on Gymtopia, I hope it will inspire people and organisations in the following ways:

Giving is good for you

Researchers have discovered that when we ‘give’ it triggers an ‘endorphin rush’, a naturally-induced state of euphoria. People that give, rather than just take, tend to be happier and live longer. So, if clubs are really in the ‘feel-good’ business, they need to start giving.

Still need convincing? Then read why your organisation needs to ‘Get Involved’.

Do you have a story to tell?

Is your organisation doing amazing things to improve the lives of a local, national or international community? If so, we would love to share your story.

Read how to get started